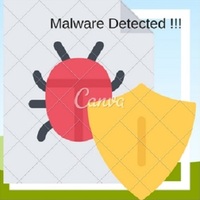 Antivirus for Smartphone
I found so many of my friends are asking me why my phone is slow or why its get hang sometimes. Do I need to install Antivirus on my Smartphone? So in this Article you will know and learn about Antivirus applications – whether to use or not? And how to use? So keep on reading.
First of all note down that, the same antivirus requirements have not applied to mobile devices, which used in PC. Don’t use the antivirus app on a mobile in the same way it does on a PC. Antivirus software on a PC can scan every nook and holes, but mobile antivirus software is just another app.
Before you install antivirus on your mobile, it is important to know whether you need Antivirus for your mobile or not?
Mobile malware is malicious software designed for attacking smart phones and mobile devices. Just like a PC, smart phones are also vulnerable to malicious campaigns and a wide range of viruses. So many of us use integrated emails, leaving them open to spam emails and automatic malicious downloads, while internet browsing makes it easy for harmful content to enter the phone.
iPhone is safer then Android phones, as Apple is using its own malware protections with limited open source and Android platform is open source and for same, may be seen as more vulnerable.
It is OK to download and use an antivirus app on your phone, and assume that now your phone safe and nothing bad will happen. But it is not exactly true. Just think – What if those antivirus apps don’t work? Even if you use a trusted mobile antivirus application on your phone, you still need to follow some instructions while using phone.

How to keep safe our Smartphone?
Only download apps from credible places, like Google Play or the Windows Store. This will cut out the possibility of malware being pushed out on your phone.
It’s also important to limit your browsing on non-secure, public Wi-Fi zones as this can leave you open to phone mirroring and other nasty attacks. Make sure you only connected to your trusted home and work Wi-Fi.
Don’t click on any links or enter any personal information via unknown links and get in touch with the company that force to contact you.
To keep your Smartphone healthy and safe, you should take above precautions, even if you have installed a mobile antivirus application. Because most of the antivirus gets active once the phone is already infected with malware or viruses.
But now a days most of the phone company sale their phones with preloaded antivirus software or with latest OS, which restrict the malware.

Which antivirus apps to pick?
For those who have installed or are now thinking about it, we need to look at a quirk in the Android operating system and how it affects AV applications. If you want to use a mobile antivirus app, there are quite a few choices from: Bitdefender,  Intel Security and  Kaspersky Lab. According to  AV-Test.org, all of those listed scored full marks for usability and protection, with the exception of  Avast which lost half a point, but is still a top performing option.

Welcome to digitaldahod.in, your number one source for all things, ie: Digital India, News, Digital world, New Things which you can use in your daily life, latest technology, Shopping tips, etc. We’re dedicated to giving you the very best of Digital World, with a focus on dependability, service and uniqueness.