She Is One Of The Most Phenomenal Rising Talents Today 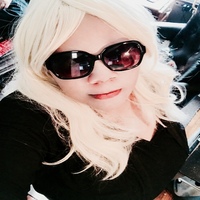 YouTube Music Sensation Alicia Grimes has released her latest creative endeavor, her new single, the dynamic and eclectic „Jazz Walk“. The incredible track has amassed over 104 million SoundCloud Streams and over 223+ million streams for her „The Album 43“ already. She has over 2.3 Million Streams On Spotify with over 335,000 listeners already. The album 43 was produced by her son Mario Fernando Martinez. Her „Jazz Walk“ video on VEVO has over 1.2 Million views. With the excellence of this track, Alicia is receiving local radio support from several popular radio stations and completing its popularity by tearing up the clubs.

The new album from Alicia Grimes couldn’t come at a better time. This music artist is taking the music industry by storm. Her style many argue, is a fascinating fusion of Indie, Electronic, Alternative and Pop. Grimes draws on everyone from T-Pain and Money Mark to Prince and Lana Del Rey. She is a American singer, songwriter and YouTube Music Star. She also is a very incredible independent business woman who is making waves in the music world. This YouTube Star is rising to fame. Alicia has gained the support of many industry heavy weights championing the record.It“s no wonder, she was named by numerous of publications as best new artist to watch in 2018 and beyond.

Alicia first stormed on the music scene in 2013 when she began promoting her music on YouTube. Her first upload quickly attracted more than 300,000 views. With what“s now over 1.7 Million YouTube Video Views. She has built a remarkable career in the music industry while notable and famous in the music industry for her hit singles ‚Say I Do‘ and ‚Love You‘. Apart from her music career she found success within the marketing profession. Her company Alicia Grimes Promotion had made it on the Evan Carmichael Top Marketers to follow on Twitter. Alicia Grimes Promotion was in the top 100 Twitter users in Chicago Illinois. She is the current music artist in Central Illinois to hit over 1 Million Real Twitter Followers.

She was #1 on Evan Carmichael Jan-May 2015 Top Marketers to follow on Twitter and continues into the New Year. She is currently the #12 Top Twitter Accounts for Chicago, and #4 Top Twitter Accounts for Detroit Michigan. Already amassing over 162K followers on Instagram; over 85K likes on Facebook; Over 2.2 Million Streams On Spotify with over 335,000 listeners already, 223+ Million plus SoundCloud streams; 2,625,698 YouTube Views; Her video Money Money clocks in @ over 1.1 million views. Few young artist are making such an impact. Alicia is living out loud and proud her music is clearly standing out. Alicia song „Jazz Walk“ was recently #85 and #86 on the Spotify Indonesia Charts with such music artist as Imagine Dragons, Maroon 5, The Chainsmokers,Bruno Mars, Adele and more. She is presently #1 on Hot 100 Trending TRIP-HOP Music & Video Charts.

Already presently amassing over 1.3 Million followers on Twitter. She really found her niche by getting behind her own brand and using every opportunity out there online and in the music world to get her music heard and she did it all independently without being signed to a record label. With so many accomplishments under her belt already Alicia continues to prove that she is continuing to reach more heights as a music artist each and every day. Not only has she done some incredible things in music, she also got an education. She worked with women, inspired activities, boyz and girls club, International music network, women inspired activities to get where she is at. Along with making music, Grimes took business classes in the ’90s and in 2016, founded her own Alicia Grimes Entertainment Label. She is someone who really took her destiny in her own hands and reached the celebrity birthday list. She is on the list of famous Illinoisans and is ranked in the top 15,000 most popular famous person worldwide.

There are few, if any, new unsigned music artist thriving like Grimes is. Thus, Grimes‘ music is entirely original unto itself, and the performer’s prolific releases have marked her as one of the most notable phenomenal rising talents today.